Qinghai province has become the most recent region where Bitcoin (BTC) mining is banned. According to the information shared by the Chinese-oriented cryptocurrency news site 8BTCNews, an order has come to the miners in the region to stop all cryptocurrency activities.

In the decision taken by the government, it can be seen that all mining activities in the region are demanded to be stopped immediately. It is also emphasized that the authorities have taken action especially against Bitcoin mining facilities that are disguised as data centers, and heavy penalties will be imposed on them. 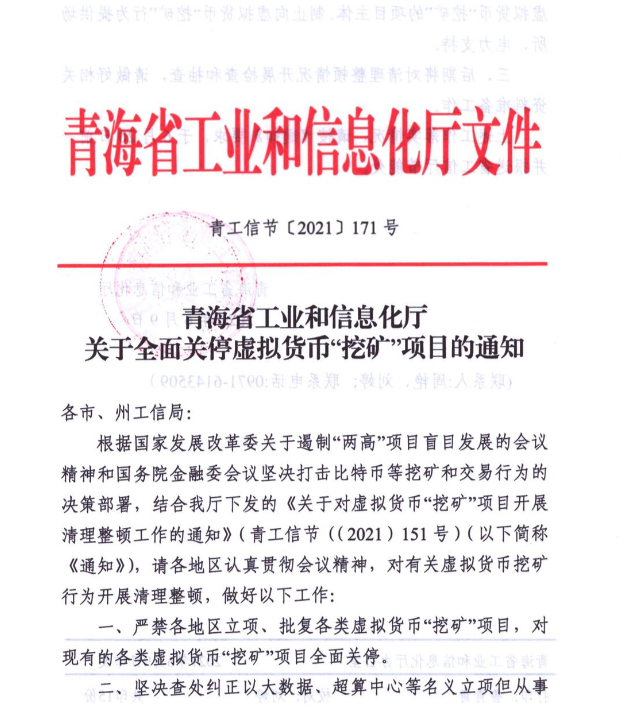 One of the main points that China emphasized in Bitcoin and cryptocurrency mining regulations was that Bitcoin mining facilities, which were trying to take advantage of the opportunities provided to data centers, were not allowed. Similar points were made in the post published by the Inner Mongolia region, and now Qinghai province is taking the same steps.

This was not the only bad news from China today. In the statement made by the officials of China’s Xinjiang Uyghur Autonomous Region, it was emphasized that Bitcoin mining activities in the region would be terminated immediately. These steps, especially against mining companies that consume fossil fuel-based energy, also led to a serious decrease in Bitcoin’s hashrate.

Chinese Bans Could Not Block Bitcoin

Thomas Heller, in his statement on the subject, emphasized that this news is very critical for the mining industry. Stating that many miners went to the Uyghur Autonomous region in the rainless season of China, Compas Mining CEO emphasized that the coming days would be very difficult.

In addition, China has decided to block searches for cryptocurrency exchanges such as Huobi, Binance and OKEx, and the decision has been active as of today. Bitcoin price , however, continues to rise.