Grayscale Investments, a subsidiary of Digital Currency Group, announced that it purchased $ 2.5 billion worth of cryptocurrency in a single day. 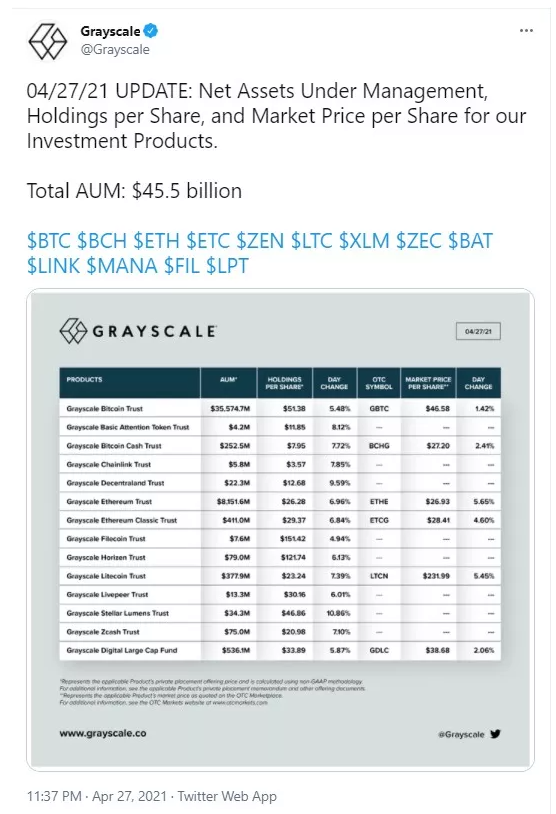 Data provided by the analytics service Bybt shows that Grayscale purchased large amounts of altcoins last week. According to the statements made, Grayscale bought 277,391 XLM, 102,183 MANA, 34,506 LINK and 78,014 BAT. In the statements, it is stated that in addition to these, different altcoins are also purchased.

After falling to the $ 47,000 level on April 26, the largest cryptocurrency is slowly recovering its losses. However, according to CoinMarketCap, this recovery is not happening quickly, and BTC seems to be moving in the range of $ 54,000 to $ 56,000.

In addition, the leading cryptocurrency has been in a blazing rally since December, and many analysts say the recent decline is not a harbinger of a bear market and that this correction applies to a healthy market.

Nevertheless, it should be noted that some analysts are warning that there may be bigger declines at any moment.