According to Santiment’s latest tweet, the sentiment of Ethereum investors turned negative for the first time since April.

Leading chain data provider Santiment has released its community sentiment analysis specific to the second most popular cryptocurrency Ethereum. According to Santiment data, the trend may be reversing in ETH.

According to Santiment’s latest tweet, the sentiment of Ethereum investors turned negative for the first time since April. Santiment’s tweet stated: “Ethereum investors are showing signs of impatience and exhaustion as the price drops below $ 2,000. This type of capitulation and community suspicion was last recorded on April 7th, just before the ETH price doubled.” 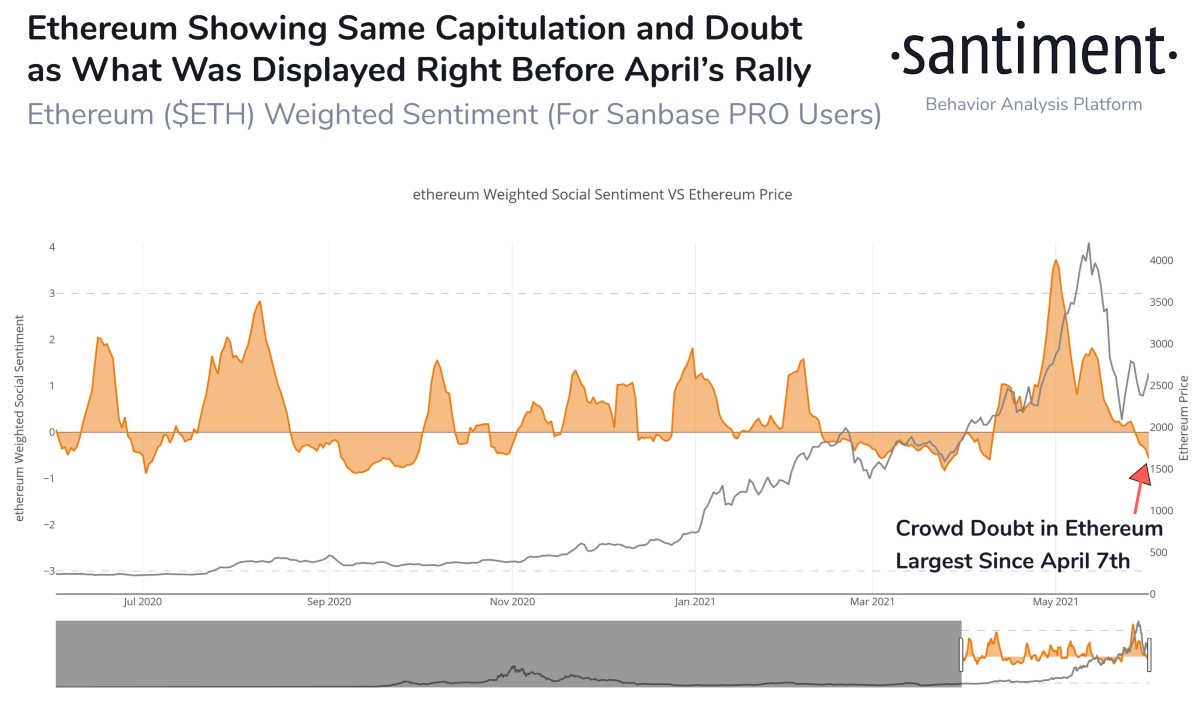 Analysts describe the recent move in Ethereum sentiment as a form of “surrender and community suspicion”. Impatience and exhaustion represent the general mood of ETH traders at the moment.It should be noted, however, that the last time such a model was registered was April 7, 2021. When the sentiment reached the neutral point, ETH experienced a 100% increase in 30 days.

The minimum sentiment level came after Ethereum’s last correction before the rally that started at $2,000. However, Santiment metrics point to the same processes for many cryptocurrencies, including Bitcoin (BTC), Cardano (ADA), Pollkadot (DOT) and XRP.The Crypto Fear and Greed Index, published by Alternative, has been hovering in the “fear” and “extreme fear” regions for almost three weeks. On the other hand, these data were recorded as the period in which the most fear was felt in a one-year period.