While XLM investors are panicking, the numbers indicate that the decline is not as deep as thought.

The popular cryptocurrency Stellar fell to $0.33 with the market general decline. While XLM investors are panicking, the numbers indicate that the decline is not as deep as thought.

Impressive Performance from Stellar in Less than a Year

Stellar (XLM) is trading at $0.33 as of the time of writing and has fallen by 11.55% in the last 24-hour period. Although this drop is considered a disaster by many, it is an indicator of the big movements that the popular cryptocurrency has seen recently. 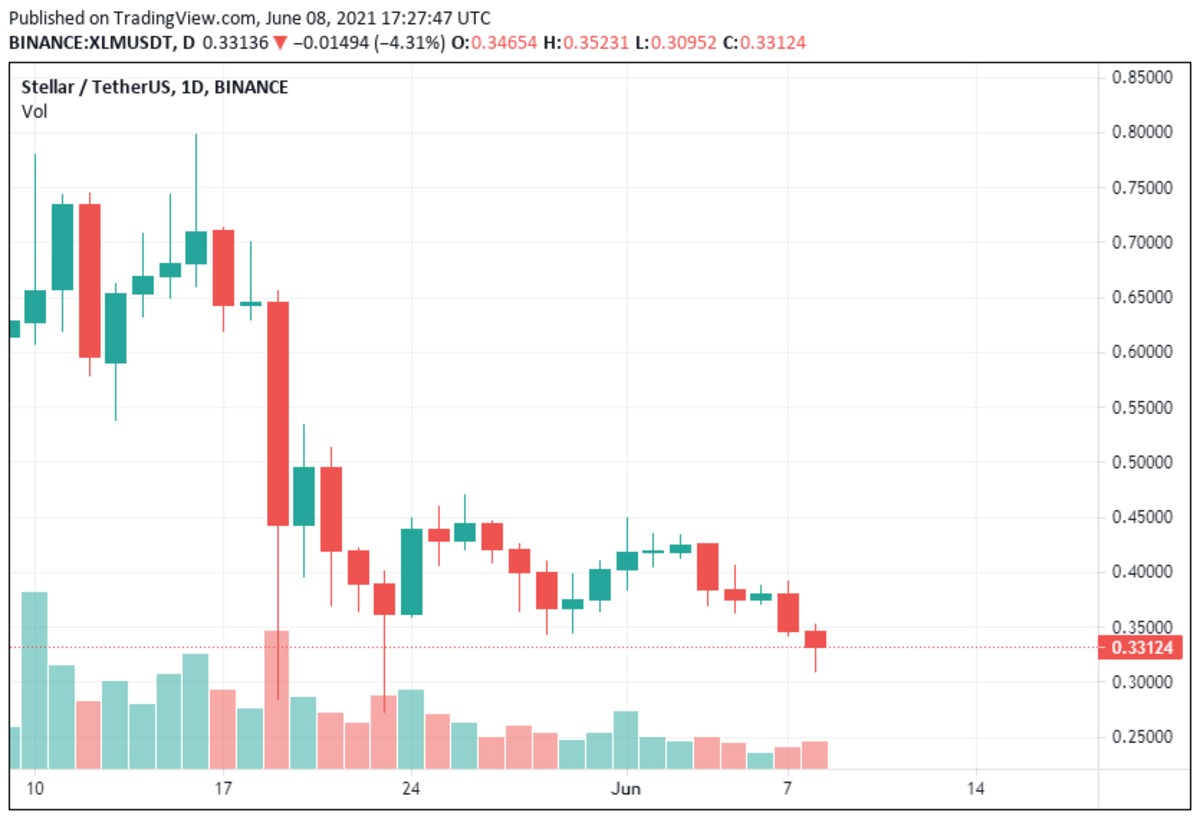 Stellar’s overall outlook shows a slight bearish trend relative to many cryptocurrencies. The downtrend slowed significantly until a few weeks ago. From May 16 to May 23, Stellar saw one of its biggest declines, dropping from $0.77 to $0.33. This downward move was a negative move compared to the year Stellar performed well overall. In October last year, Stellar has made significant headway in less than a year, when it was around $0.08.

On the other hand, Bitcoin signed a large-scale downward move last month. In the past few weeks, it has not been able to catch up with the upward momentum, except for a few price movements that exceeded $ 40,000. In its current state, the crypto money market stands out as a sector dominated by Bitcoin, Ethereum, Dogecoin and Litecoin movements. Dogecoin has been recorded as the cryptocurrency that has made the biggest splash in recent times. DOGE touched $0.44, up over 30% after it was listed on Coinbase Pro. However, the downward trend of the market route has dragged all cryptocurrencies to a decline. The crypto currency Dogecoin, which occupies the agenda the most, is trading at $ 0.31 as of the writing of this article.