The record-breaking popular altcoin is at risk of falling! Litecoin price reached $ 400 amidst a general crypto market boom. Litecoin broke the record of $ 400, reaching an all-time high price of $ 414 on Bitstamp on May 10.

The biggest obstacle to the purchase seems to be the fact that Litecoin becomes very expensive in a very short time. LTC, the tenth largest cryptocurrency in the world by market cap, is 215 percent more valuable than earlier this year and has risen from $ 124.42 to $ 413.90.

With this big rally, LTC outpaced traditional markets in a year to date (YTD) time frame. Many independent analysts are currently predicting that Litecoin will rise to $ 500.

Notable returns in the Litecoin market came just after a large upward movement in the cryptocurrency market. Litecoin cryptocurrency’s biggest altcoin rivals, including Ether, XRP, Cardano, and others, made better profits with Dogecoin, a joking cryptocurrency, with YTD, which suddenly increased by more than 17,000 percent.Jason Lau, chief operating officer at OKCoin, a San Francisco-based crypto service business, stated that the DOGE / USD exchange rates fell 12% at the time of the LTC / USD exchange, emphasizing that there was an inverse correlation between Litecoin and Dogecoin.

Meanwhile, the Litecoin Dominance Index, a metric that measures Litecoin’s strength against the rest of the cryptocurrency market, rose from 0.96% on Sunday to 1.11% on Monday. This reflects an emotional shift for Litecoin markets as other alternative cryptocurrency rallies show signs of cooling. 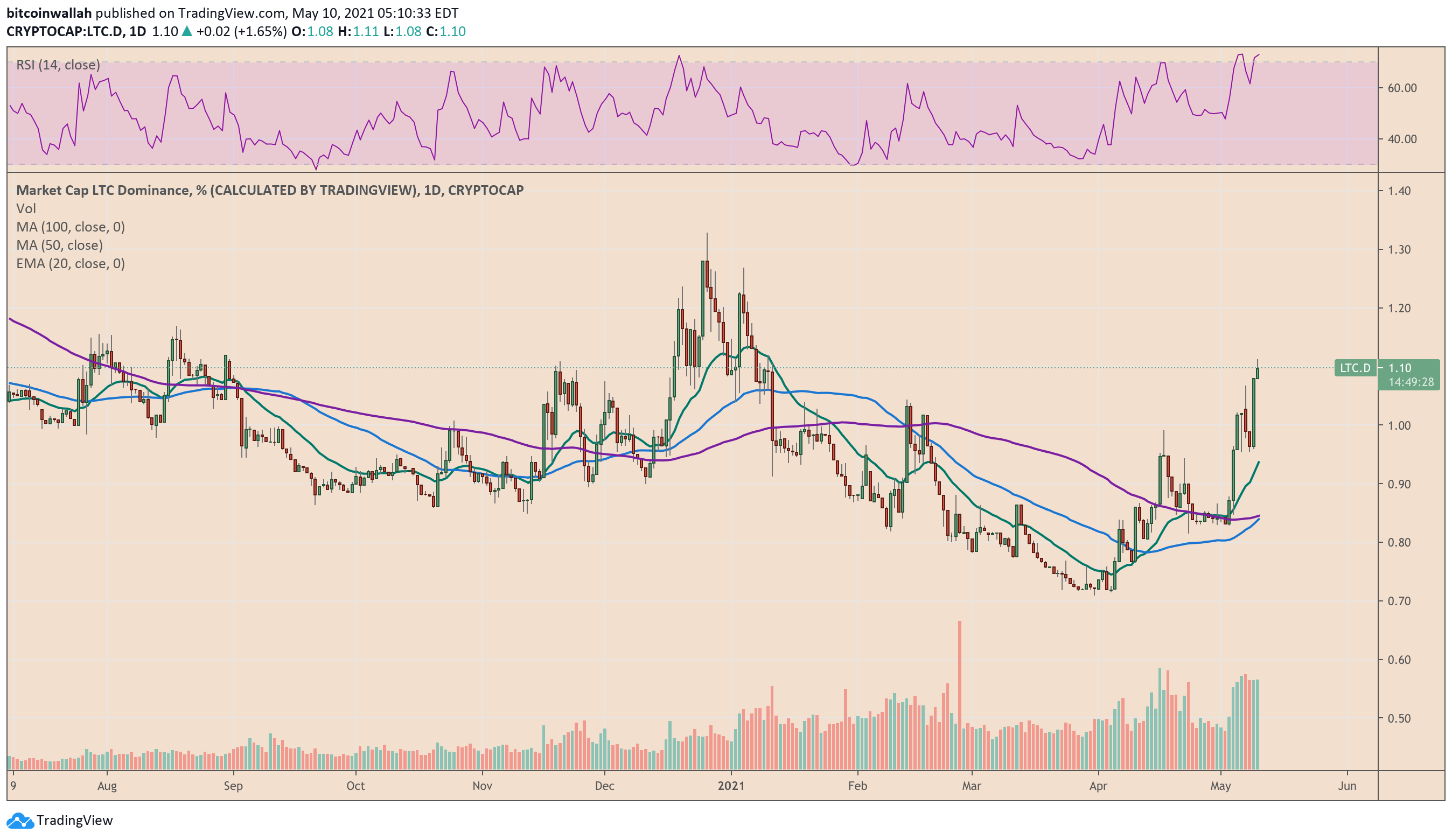 The Litecoin Dominance Index is recovering amid rotational trading.

Will Litecoin and Dogecoin meet at the same point?

Litecoin is now grappling with the same overvaluation risks that caused the Dogecoin price to drop by as much as 33% in previous sessions. At the center of this bearish analogy lies a classic momentum oscillator indicator called the Relative Strength Index (RSI), which predicts historically potential price reversals in global markets. Current data now points to similar situations for Litecoin.

The LTC / USD daily chart is showing its RSI at a change level around 79.02. This appears to be 9 points above the overbought threshold that previously led to price corrections. 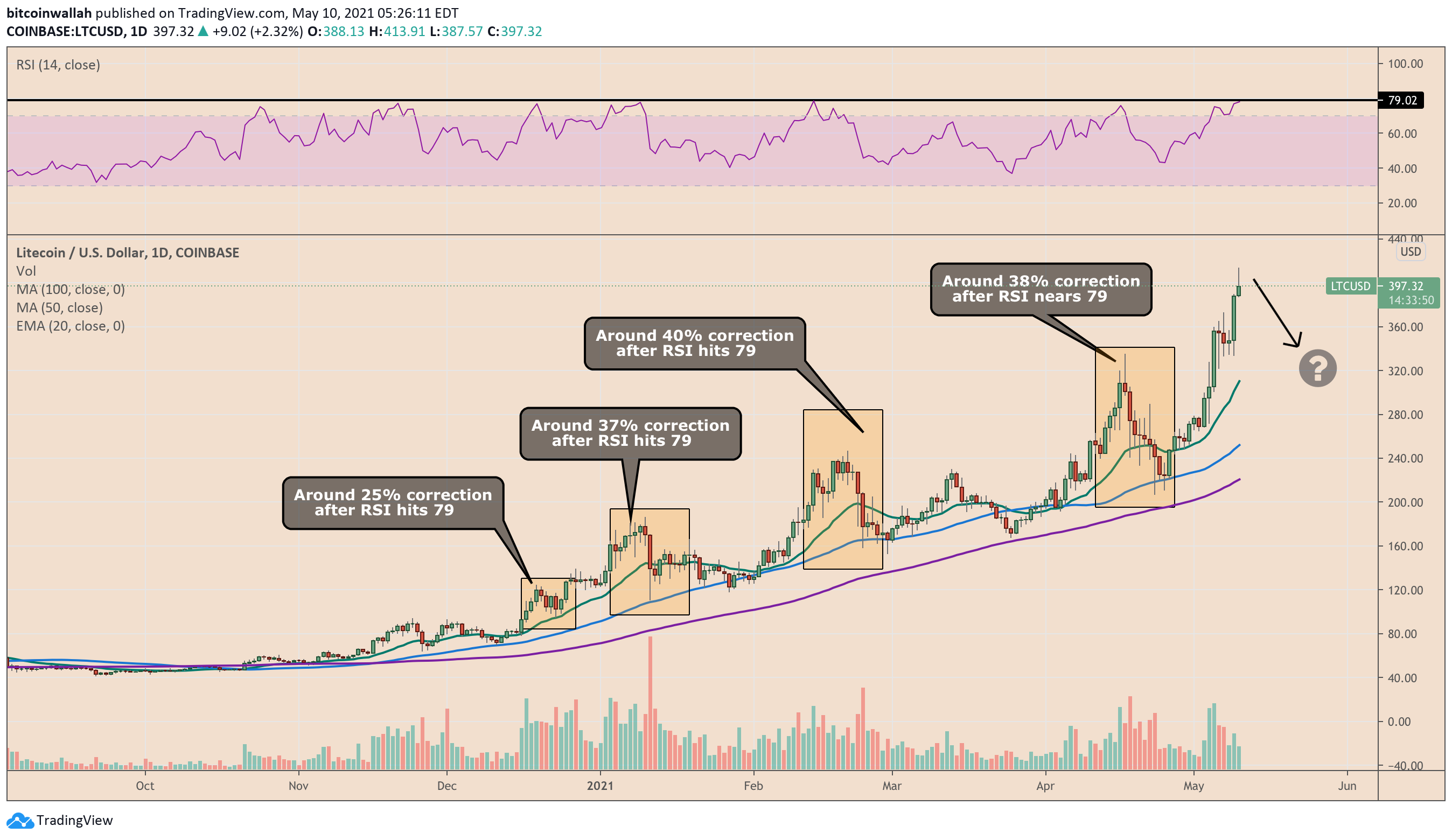 Typically, a short-term reversal in the LTC market – when the RSI peaks – could lead the price to test the 20-day upper moving average (green wave) as an intermediate support. Meanwhile, a prolonged sell could enable traders to view the 50-day simple moving average (blue wave) as the primary negative target.